For me it began with a Guardian online article which was creating quite a buzz amongst colleagues at the music college I regularly guest lecture at.  Because it was about my subject, digital marketing and the music industry, I was compelled to join in the conversation with colleagues and on the Guardian forum. 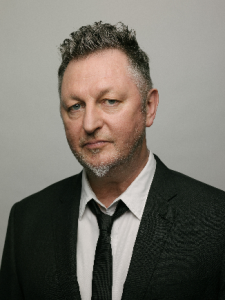 Dave Allen: “Musicians such as Byrne and Thom Yorke can’t blame the internet for their problems. We need to work with new markets, not reject them.”

The two leading protagonists in this story were Dave Allen and David Byrne.  Their debate jostled around the future of the music industry following the impact of digital.  I casually asked Dave Allen on his blog if he ever came back to the UK to do talks.

Fast forward 6 months, and many chats over the internet, Dave Allen is here and his “talking tour” in the UK and Ireland is set up, sponsored by Beats Music and he is coming into my college (BIMM Bristol) and guesting at Festival of Ideas in Bristol.

Back to the beginning, October of last year: David Bryne wrote: “The internet will suck all creative content out of the world” as he pulled as much of his catalogue off Spotify as possible.

Dave Allen responded in his blog: “Why David Byrne is wrong “.

A debate erupted online, shared and discussed all over the world, about the value of online and sharing for musicians.

In the left corner: Dave Allen, writer, educationist, digital thinker and ex member of seminal post-punk band: Gang of Four. Gang of Four’s heyday was the Late 70s and early 80s. Their debut album, Entertainment! ranked in Rolling Stone’s 500 Greatest Albums of All Time and they are considered among the most influential post-punk bands. In their line-up there is producer Andy Gill, who has production credits with Red Hot Chili Peppers, The Stranglers, Killing Joke, Therapy? and The Young Knives amongst others.

Post music, Dave has remained someone that people continue to listen to as he is able to cut through techie babble and present cohesive, analytical and often humorous views on life, the Universe and the Internet.

David Byrne in the other corner is the famed lead singer with Talking Heads. If you are into music, you would have surely heard his band (Talking Heads), and at this point either “Psycho Killer”, “Burning Down The House” or “Road to Nowhere” will become your earworm.

If you are of a certain age or interested in pioneers of music you would have heard of Dave Allen, a few people I know and respect have attributed “legendary” to him.

You can read both articles yourself to understand the threads and perspectives, both are powerfully conveyed and argued and are interesting.

Pulling out this from Dave A response to David Bryne:

“Many journalists and media commentators don’t understand this [digital] phenomenon either. It is not about technology; it’s about systems and societal shifts. It’s also about music business bubbles.”

Many in Education don’t understand it as well, where there is still a pre-occupation with success equating to achieving a deal with a record label rather than building your audience directly and creating a sustainable model.  A band is a brand and a brand needs a creative business model that delivers.  Record companies can’t be relied on to invest in artistic and audience development these days.

Dave continued: “And yet, when we look to other industries that the internet flattened, it is hard to find many articles written in defence of travel agents who had to adapt to competition from websites like Expedia, or go out of business.”

And from Dave B  the view of the dwindling coffers of the artist and band:

“Musicians are increasingly suspicious of the money and equity changing hands between these [digital streaming] services and record labels – both money and equity has been exchanged based on content and assets that artists produced but seem to have no say over.”

So Dave A believes that demand and technical evolution is shaping new markets and needs new models and Dave B believes that the current digital model sidelines the artist and that the streaming companies  are in cahoots with record labels – meaning artists will give up being in bands altogether because they will be broke.

The music world has changed irrevocably with digital bringing us all together, if we want, allowing us to be in charge of what we listen to whenever we want. The traditional record industry model couldn’t survive this, dominant record label distribution grip was loosened.

I say to my students if you have a street of MacDonald’s, what else would you eat?  With the control of labels on products in the past meant that what they released, was what ended up in the charts, because it’s all you heard on the radio and saw on the TV and could buy in the shops. Then the internet allowed us to find what we want, any time and share with our friends.

Bands have to think like businesses to survive and need an expertise to cover all bases: Financial, Legal, People, Technology and wrapping it up with strategic digital marketing is essential, if you can’t do this yourself for your band, then get the right experts in to help you.

If you don’t then you do it for love and not the money, but love alone doesn’t feed the kids.

There will always be demand for music, new demand and platforms that the internet has created, such as apps, games, branded content, online ads and campaigns. We will always need new bands for old fans and old bands for new fans. The point is a band needs to work out what it is selling their fans (the financial exchange) and not see the download as the means to the ends.