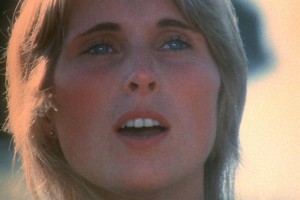 One of the most famous adverts of all time – Coca Cola’s “I’d like to Teach The World to Sing”.

One of my students @BIMMBristol asked for my opinion about music being used with brands for their research project.  It got me thinking and here is what I said.

Q: In your opinion what is the most successful example of using music in an advert and why?

Its a difficult question to answer as music is used in many different ways and from many different angles. Rather than picking a “best” I’ll pick two of the best examples of different types.

1: The brand ident: This is where a company uses music to create an aural trademark, something that you hear and immediately think of the product. For instance McDonalds “I’m loving it” jingle or Eno’s six-second start-up music-sound made originally for Windows 95 operating system.  The best example I think is the Intel Inside ident – not only is it used in the advert but its the sound your PC makes when you turn it on (if it has an Intel chip). So every time millions of people turn on their computers they are reminded of Intel – a free advert every day! If I was pushed, I would say this was the best use as it works across multiple platforms so well.

2: Brand alignment: This is where a company chooses a song from an artist that aligns with their brand – so an “edgy” brand would choose music from an “edgy” artist etc. The advert uses the automatic association of the public with the artist to make a statement about its brand. The best example of this is also one of the most famous adverts of all time – Coca Cola’s “I’d like to Teach The World to Sing” – a song about global unity and hippy-lite peace at the height of opposition to the Vietnam war helped position Coke as one of the first truly global brands and establish its “good guy” image.

Q: What should someone consider when choosing music to be associated with a product?

As with Coke, the message of the song or the image of the artist should align with the brand. It doesn’t have to be a well-known band, as long as the image is right. For instance, Apple used Jerk it Out by the Caesers to launch its iPod (the advert with the dancing silhouettes). The band were unknown but that was the point – it was a band hardly anyone knew but a very catchy and contemporary song. Picking a well known band would have gone against Apple’s “outsider” image and alienated consumers who didn’t buy into the image of that band. Apple sees itself as an innovator and a bit of hipster brand, so obscure, cool music that no one had heard of was right up its street.

Q: What is the best kind of music to influence a high level of involvement with a consumers attention?

It can be anything – from Intel’s jingle to songs so awful that people can’t get them (or the brand name) out of their head (think Go Compare!). There is really no best type – it all depends on what the advertiser is going for – memorability, brand image etc.

Q: Do you think it makes a difference to the person’s recollection of a product if the music used has no relation to the image?

Definitely. The music needs to align to the brand in an obvious way. Having Iggy Pop’s music in an advert for luxury cruises  isn’t a great idea (although this happened, with predictable results!)