Shepton Mallet Prison was one of seven prison closures announced by the Ministry of Justice (MoJ) in January 2013 to save on running costs. The prison, established as a House of Correction in 1625, to comply with an Act of King James I in 1609, had cost the taxpayer more than £140,000 a year just to keep it mothballed. 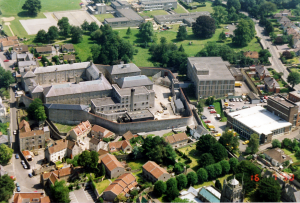 Photo supplied with kind permission from the Fred Davis Archive

The buyer of the Shepton Mallet prison was revealed just before Christmas. City and Country, a development group specialising in the conversion of listed and historic buildings for residential and commercial uses, has bought the site. The company bid for the site in a package with Dorchester, Kingston and Gloucester prisons.  The Ministry of Justice said the bid was “assessed to represent best value for the department and taxpayer”.  The sale seems to have been agreed on City and Country’s track record rather than any plans they have for Shepton Mallet Prison.

Shepton Mallet Prison is a substantial space  that could be used to benefit the town, hinterlands and wider region.  Our consultation (including an online petition) shows that feelings around the future use of the prison run high.  People want to see the future use of the buildings draw people to the town and area celebrating its extraordinary history spanning 400 years. 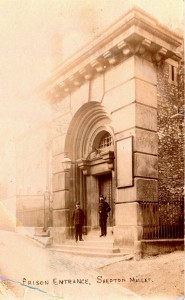 Photo supplied with kind permission from the Fred Davis Archive

The local community have said they want mixed used including:

Space for community to use and hire

Sustainable business model – which could include housing or commercial use

The MoJ refused to have any community consultation, despite our online petition that 100s of people signed and expressed views.

Shepton Mallet has a critical shortage of community space for clubs and societies, training, education, arts and heritage.  Local talented gymnasts and sports people have limited space to practise, local drama groups have folded – one reason being there is no space to rehearse and perform.

A successful digital arts festival, that ran for 5 years, bringing people from all over the South West to Shepton stopped due to a lack of venue space.

There are church halls along with other small spaces in Shepton, but nothing of a significant size for the local community to get together, such as a concert hall, theatre or a conference centre.

We accept there needs to be a robust business model at the heart of taking on such a space as Shepton Mallet Prison, however we are disappointed that the MoJ did not include local people’s views when considering the intentions of those who bid.  Now we are subject to decisions via the planning application process, which as Tessa Munt MP says is not satisfactory:

“I feel the MoJ is being disingenuous in saying people can have their say at the planning stage, as they will be well aware there are quite specific grounds for refusing a planning application.  The applicant is unlikely to be such a noodle that they won’t know to put in an application likely to be accepted.”

The MD of City and Country, Helen Moore, responded to local community concerns on Xmas eve during a radio interview which I took part in.  Although hesitant about future plans and time scale for exchanging contracts, Helen did agree to consult fully with local people when determining plans for the prison.