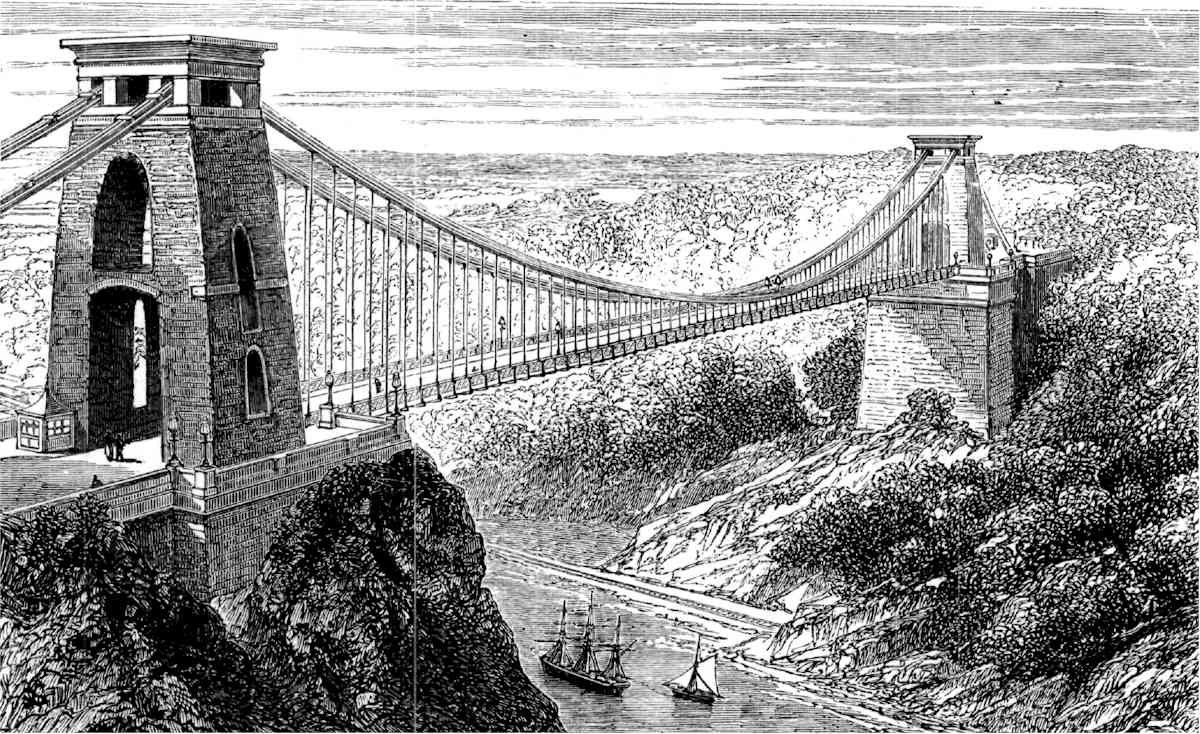 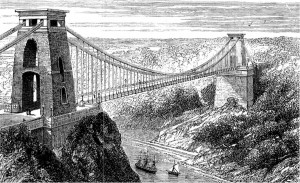 It has been a long time coming for someone to piece together the story behind one of the most audacious engineering feats the world has seen.

The extraordinary tale of how Clifton Suspension Bridge came into being is told through ACH Smith’s words and Elizabeth Purnell’s toe tapping music, under the direction of Robin Belfield, to celebrate the bridges 150 year anniversary.

If I was a betting man in the 19th century I would have been convinced that this bridge would not have been built in the first place. It was completed in 1864 — 111 years after a bridge spanning the Avon Gorge was first dreamed up.

It didn’t start well, from lack of finance (the original contractors go bankrupt), Brunel fails to win the design competition, not once, but twice. The Queen Square riots drove away the few willing investors (Bristol seemed less desirable to invest for a time) and of course the great man dying before completion (Brunel died in 1859, the bridge opened in 1864).

ACH Smith stitches the voices of past and present to produce a tapestry of why and how Bristol got the jewel in its crown. Would Clifton Suspension Bridge be built today? I doubt it. The Bridge is financed by tolls to this day, so you could say this is Bristol’s bridge. The people’s bridge and this is a people’s play – Show of Strength should be treasured too (take note Mr Ferguson).

ACH Smith weaves authenticity into the stories allowing the voices of real people to be heard. A tone that will resonate with all Bristol folk I am guessing.

You will come away with lots of facts about Clifton Suspension Bridge to impress your friends down the pub. From the technical to the curious: Did you know that the first ever bungee jump happened there? Then there’s the incredible story of Sarah Ann Henley who took the drastic decision in 1885 to end it all after being spurned by the man she loved, only to be rescued after her petticoats became parachute. Sarah recovered from the fall, received numerous marriage proposals, eventually living a long life with kids and grandchildren, in Bristol.

There is even a 101 metre high club (ahem) attached to the bridge. Where loved up couples express their affection to the amusement of the bridge workers, the other side of that coin is the many marriage proposals that occur on the bridge.

The bridge maintenance workers walked the chains with no safety harness (apparently it felt more unsafe to have a harness) and watching the performance – actors climbing ropes, spinning up high; I am thinking – where are their safety chains?

I was invited to watch a final dress rehearsal. Me, my 7 year old daughter and perhaps 50 other people were the first audience to see this play performed, before the world premier tonight.

My daughter wants to watch again and so do I, to pick up some more of the detail – there is a lot to take in, all framed perfectly within staging, lighting (yes a shout-out to the lighting must be made, especially at the show’s climax) and great music. Like the bridge itself this show has sheer ingenuity on many levels.

2 thoughts on “The people’s bridge, a people’s play: Preview of “Walking the Chains”, written by ACH Smith and staged by Show of Strength, Passenger Shed, Bristol from Sunday Jan 11th to 25th”