The definition of stupid is:

Adult education and training in England “will not exist by 2020″ if the government continues its “swathe of cuts”, the Association of Colleges has warned this week.

Government admits that funding has been reduced in favour of “prioritising apprenticeships” along with subjects including English and maths.

If funding continues to be cut at the current rate, “there will no longer be an adult education system remaining to support students aged 19 and over”.

This week I found myself involved in a family discussion where an overwrought parent said to their 17 year old, “You will be leaving sixth form in a few months’ time, why haven’t you got a plan?!”

I couldn’t help either point of view – I didn’t have “a plan” for what I wanted to do until I was in my thirties.

After one year in higher education I decided I wanted to get a job. I was just 19.   The problem was there weren’t many jobs around at that time – that was during the previous recession.   I worked in admin, sales and then marketing.

I moved to London for better salaried jobs in Marketing.  The trouble was I felt unfulfilled, jack of all trades – master of none.  One day I just gave up my well-paid London job. 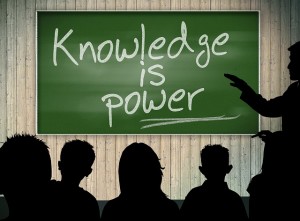 Adult education and training in England “will not exist by 2020″ if the government continues its “swathe of cuts”, the Association of Colleges has warned.

Leaving London (after 6 years)  I found myself back in Somerset having a cup of tea with my mum. I started to look through some college prospectus’s I had collected that day from a library.

I opted almost by chance to do an IT course. City of Bath College offered a course that covered the whole technology caboodle from building computers to programming, Systems Analysis and Artificial Intelligence.   I was coming at this subject with little to no knowledge – I could switch a computer on and send e-mails I guess.  Everyone on the course was male, while being almost half my age. City of Bath College encouraged me to enrol, even though the course was already filled, I was starting a week later.

During my time at City of Bath College I had a light bulb moment that changed everything – due to a savvy lecturer giving his students an article that talked about the future of working in IT.  The article stated that if you wanted a career in IT you needed to understand business, particularly marketing.  This was my background.  I realised in a moment that I had something that employers might just want.

I found that my work experience along with newly acquired IT skills were indeed what employers wanted.  This led me into freelance work – my second client was Somerset County Council, who contracted me for many years.

I soon set up my own business.  I took on staff. City of Bath College changed my life.  I won an award during my time there – the Mayor’s award for outstanding achievement.

Since my adult education I have grown my own specialist IT and Marketing business – a successful digital marketing agency in Bristol.  I’ve conceived and ran a digital arts festival for 5 years – which had an education remit.  I’ve become a lecturer and pursued my writing through blogs and now theatre.

If I was to make that career jump following the current cuts in adult training – from a job to re-training to setting up my own business – perhaps  I wouldn’t have been able to go to City of Bath College to do an IT course.  All the other opportunities that have come my way since would not have materialised.

Why exactly are the cuts in adult education plain stupid? Let’s look at the economy along with changing demographics.

The UK Commission’s Employer Skills Survey say the number of skill-shortage vacancies grew from 91,400 to 146,200.  The report paints a stark picture, which I will try to sum up:

Economic growth and recovery may be constrained by skill shortages as the labour market responds to employer requirements.

Three in ten vacancies are reported to be hard-to-fill, and shortages in suitably skilled, qualified and/or experienced workers are the main reason for this.

Overall, such skill-shortage vacancies represent more than one in five of all vacancies.

The Government is focussing policy on young people – apprentices – at the expense of adult education while:

“Four in ten employers taking on school leavers at 16 from schools in England, Northern Ireland or Wales described the recruits as poorly prepared”.    There’s the gap there, most likely getting bigger by each school leavers year.

While there will be plenty of older people around: According to the UN, the number of older persons has tripled over the past 50 years and will more than triple again over the next 50 in the developed countries.

The perfect storm:  Economic growth creates job vacancies with an evolving skills requirement. The Government cuts training provision for people over 19 years of age.  Young people leaving school continue to be ill-equipped for the work place.  UK continues to have an ageing population, fitter, more active people will have to work longer.

Is the Government’s tactic to prioritise apprenticeships  a way of negating such massive funding cuts in adult education?

Who exactly is going to fill the jobs in the future, the growing vacancies we can’t even fill now? Where will we over 19s get our education/training to help us discover our life plan?

2 thoughts on “The Definition of Stupid”