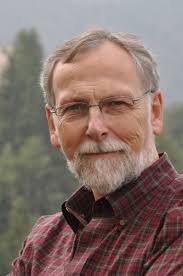 Stephen Harding is an Army veteran, a long-time defence-affairs journalist and his New York Times best-seller “The Last Battle”— the true story of the only time in World War II when American and German troops joined forces and fought together—is currently in film production.  Stephen is fascinated by the history of Shepton Mallet prison, researching it extensively with the help of local history books from Franics Disney and Alan Stone (Shepton Mallet Local History Group).

In a recent widely circulated article, Harding asks if US soldiers were executed in Shepton Mallet prison because of their race. Of US servicemen put to death for crimes committed during the war in Shepton’s gaol, 79 percent were black. While their crimes were heinous, were they given harsher sentences, Harding considers.

As a writer Stephen likes the lesser-known human stories of history, the ones that haven’t necessarily been told many times before, he says “they are more interesting to write about, and I hope that they are just as interesting for the reader.“  This is the reason for Stephen being drawn to Shepton Mallet Prison and its dark history during World War II.

I asked Stephen about Shepton Mallet Prison because currently a planning application has been submitted to convert this grade 2* listed building into 146 homes. Local campaigners are concerned that the developer isn’t doing enough to preserve the history and human stories for generations to come.

Q1. It has been suggested that the book The Dirty Dozen by E.M Nathanson bears a resemblance to the real life of American soldiers held at Shepton Mallet. That book was of course turned into a movie. Are you aware of any truth in this?

“Yes, I’ve heard the story that Nathanson’s book was based on Shepton Mallet, but I think it remains unclear whether that’s accurate. I do know that there were several instances during World War II when men being held in US civilian and military prisons—both in America and in Europe—were paroled to undertake special missions for the war effort. Some of these people were counterfeiters, others were smugglers, and more than a few were violent criminals whose language skills or knowledge of enemy countries made them useful.”

“Agreements such as the 1942 one between the U.S. and U.K. are now referred to as “status of forces agreements.” They are quite common, and are intended to ensure that US military personnel who commit crimes in other countries are tried under US military or civil law, and if convicted serve their prison time in US civilian or military prisons. Other countries often have similar agreements if they have military personnel training in the United States.”

“The US military operated more than a dozen prisons throughout the European Theatre during World War II. In addition to Shepton Mallet there were facilities in North Africa, Italy and France. These prisons held men convicted of a range of crimes, from desertion and smuggling to rape and murder. The other “dishonorable dead” interred at Oise-Aisne were executed at these various prisons, all for rape, murder or both—except for Pvt. Eddie Slovik, who was the only American service member executed for desertion in World War II. His remains were transferred to the United States in the late 1980s.”

Q4. In 1944 questions were raised in the Houses of Commons about the anomaly that a person could be sentenced to death on British soil for an offence that would not carry the same punishment under UK law. Again, are you aware whether this situation was unique or also the case in other countries?

“Yes, the U.S. military’s execution of servicemen for rape at a time when the UK did not have a death penalty for the crime caused serious issues between the American and British governments. The same sort of anomaly exists today, in that US military personnel can be tried and punished for actions that are not considered illegal in the countries where they are based, if those actions are contrary to U.S. military regulations or U.S. federal law. For example, while the use of marijuana is legal in some countries where there is an American military presence, US personnel can be severely punished if discovered to be using marijuana.”

Creating and Vision and Future for Shepton Mallet Prison is a campaign group aiming to preserve the prison’s 400 year heritage and the human stories for generations to come. Local people have until April 19th to let Mendip District Council planning board know their views on the application to convert the prison to 146 luxury flats.

Stephen’s latest book, “The Castaway’s War,” comes out on May 5. You can visit his Facebook page to find out more.

With thanks to Alison Carroll for her background research for this interview.